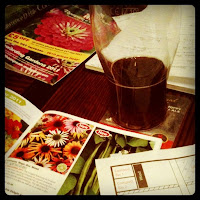 Another year over and another year arrives! Winter was spectacularly depressing but it is gradually getting lighter and I have missed the plot during those dark nights. Only 5 weeks until the clocks go forward!

Dave and I went to our lovely local ale pub (The Albany) to discuss the rotation for 2011. We are pretty much sticking to what we know and what we love to eat. We have cleared the back of the plot and we're just waiting for it to be completely turned over with a rotorvator. We are taking a slightly silly risk with having the plot dug up so much at the back. We have lots of perennial weeds and chopping them up into tiny bits could be something we regret! Nevertheless, we're going to try and keep on top of the weeding. (Hmmm....)

The same rules apply this year, only growing stuff if it's cost effective and tastes better than supermarkets whilst being fairly easy to grow. We have both bought a fair amount of seeds from Thompson & Morgan this week and I have drawn up a plan of the plot (slightly more accurate ratio!) to illustrate each plant bed.

Dave has bought in some pumpkins that are called Dill's Atlantic Giants. I suspect that they will be HUGE! Possibly more for decoration than to eat but should be fun either way. The main crop spuds are a blight-free variety again, Sarpo Mira. I have bought some Apache 2nd Early spuds to see how they get on. Despite all the snow and frost we had over winter, you can never be sure if blight has been fully killed off. We're playing it safe as we adore our potatoes!

I'm going for a new variety of broad bean. I had a good first crop and then a very squishy one last year so I'm giving Jubilee Hyser a go to see how they do. Apparently they produce 'tremendous crops' so I'm looking forward to see how they turn out.

We are also attempting a blight-free variety of tomato, a different colour of flowering runner beans, kale, spinach, and swede. Dave also wants to give the "Three Sisters" growing scheme a go. Generally this is companion planting whereby squashes, sweetcorn and beans/peas grow within the same area. The sweetcorn provides a frame for the beans/peas to climb up whilst the squashes suppress the weeds.

We are also shifting the strawberries as they have been covered by couch grass and the old plants need to be composted. Strawberries generally are at their best for the first 3 years and then need replacing. We are planting them in the front bed but inside a breathable fabric that lets in water but keeps the weeds out. Hopefully we will get to do this on Saturday morning before the rugby matches! 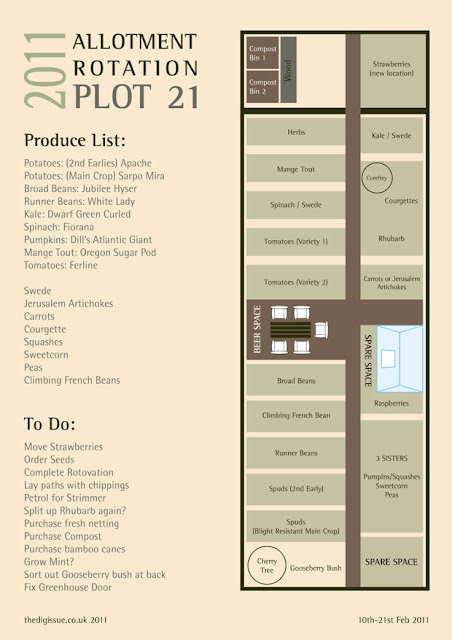