Easter! Hurrah! 4 days off to do the allotment!

I have to admit that I wasn't an early bird this Easter and Karl certainly put a lot of work in this weekend which puts me to shame a bit! We've been chatting to the other plot holders seeing as the allotments are certainly busier than what we have been used to! Plus we have been helping out shifting mulch from the bottom of the hill to our plot and one of our nearby neighbours. Absolutely knackering work but it's fun riding around in a trailer and building up a bit of muscle!
I'm pleased to say that my home grown tomatoes are something to brag about (they are stunning!) and the broccoli and rocket are doing some pretty impressive growing too. I've used old strawberry boxes as make shift propogators and they definately make seeds sprout quicker with the added warmth. 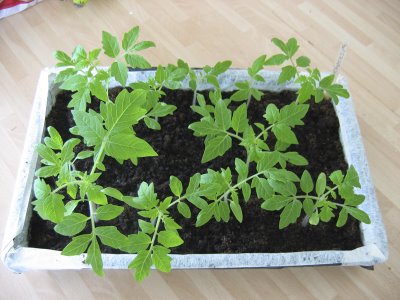 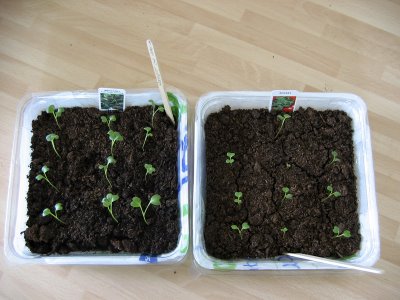 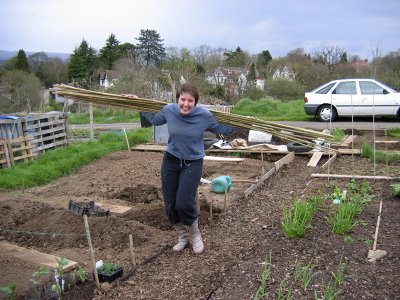 Down at the plot we bought in some bamboo cane - 20 canes from 6' to 8' tall which we'll use to make runner bean frames. Hoping to do these when it stops raining this week! I carried them up the hill on my back as they're a bit fiddly otherwise! 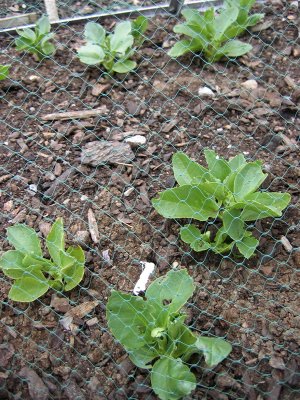 The resurrected broad beans have flourished nicely - they are a little slug damaged but nothing severe - the coffee has done quite a good job! 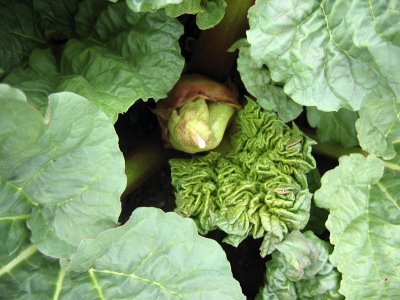 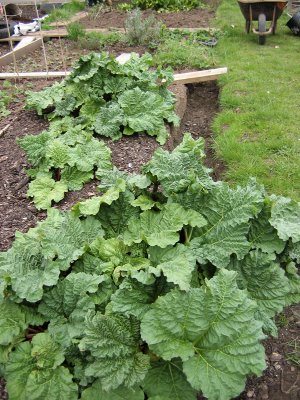 Rhubarb is everywhere! Really amazing how quickly it has grown - you can see the leaves unfolding from their buds from within - looks great! 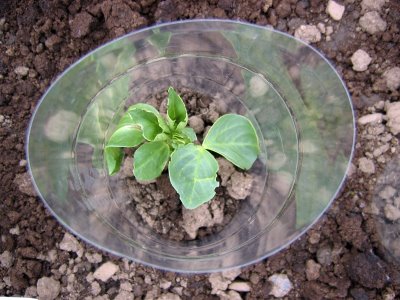 Karl grew some broad beans at home but growing in seed trays means that everything grows up in an unsupported manner whereby in the ground there is enough space to spread the roots. These beans have had plastic bottles for support as they just flop over otherwise. 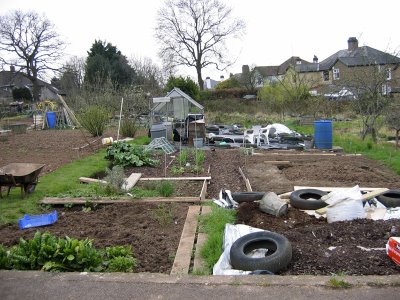 It's looking quite green up at plot 21 now. We tidied up the perpetual spinach at the front and Karl put in a couple of trenches for some asparagus crowns! 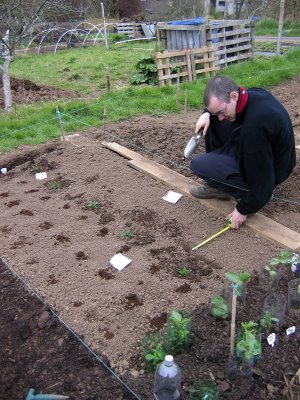 We have created quite a congested bed near the greenhouse with rows of parsnips (3 varieties) mixed in with Marigolds (to deter carrot fly) and lettuce in the middle. It's going to be interesting to see how these come up! Karl also put in some carrot seeds so it should be interesting to see if these make it or not?
On the potato scene - the picassos and adora (I think?) have sprouted ever so slightly on the top of the soil - hopefully I'll get some pics next week as they're quite tiny at the moment!

On a slightly gruesome note - coffee death trap is working well. Everything we put in the coffee bucket dies into a squishy mess. I've even made a trap for the ground out of a water bottle with a coffee mixture in it and two holes in the sides so that the slugs can just walk in. (This is then half buried in the soil) Don't know if it will work but I found plenty of baby slugs sleeping in the spinach and I dunked every one in the bucket. I think I have overcome my fear of touching slugs but I still don't fancy picking up the very large ones!

The sunflowers that I planted the other week unfortunately got battered in the wind. They did not take well to the greenhouse and they suffered even more in the ground. I've put in replacement seeds to see if they shoot up. The remaining sunflowers in the house are now ridiculously tall and keep falling over which breaks their stems easily. I think you definately have to grow these from the ground as they are really tricky to maintain otherwise.
Posted by Nicole at 1:41 pm