Today we decided to get the path laid. We had prolonged it with the height of the soil being wrong and the lack of wood available but today was the day we decided to get the darn thing laid! Karl dug out the path a few inches deep which would allocate the wood chippings nicely. We only had a few planks of wood to work with so we had to get the depth right so that the chips would not overspill into the beds. I've taken "before and after" pics so that you can see how it all worked out. 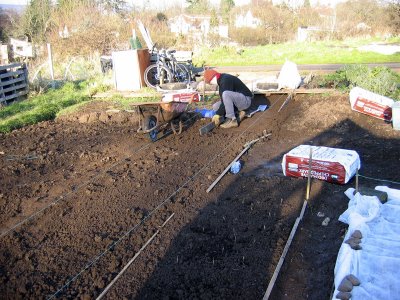 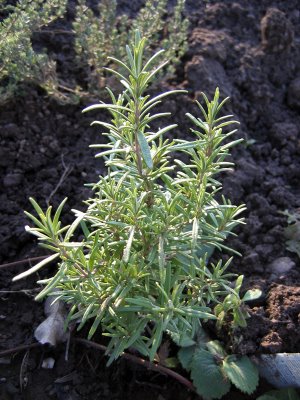 (Here's that Rosemary that I mentioned last week. Got the picture in focus this time!) 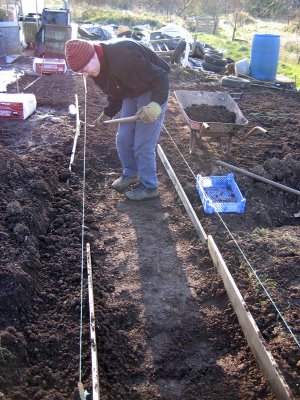 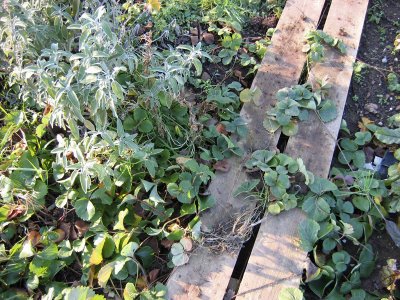 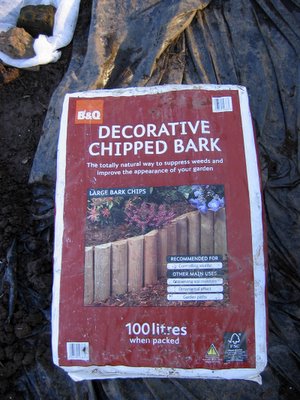 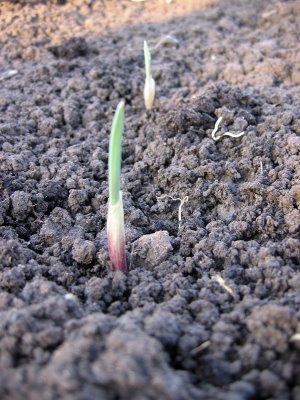 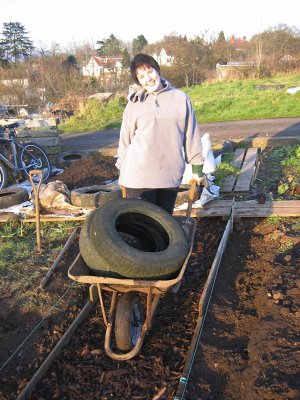 The path is surprisingly soft and bouncy with the wheelbarrow. It's going to get flattened eventually but for the moment it's superb!

It has to be said that the past 2 weekends have been FREEZING!! Absolutely toe-numbinging-so!! We're pretty much leaving around 5pm on Saturdays and Sundays but it's well worth the time and effort as we can see the hard work progressing so well. Just wish Spring would kick in a bit early this year!! Not long until the clocks go forward! Yippee!!
Posted by Nicole at 1:34 am